We're a team of dedicated floral professionals who love putting together fabulous flowers for fabulous people. People just like you. We’ve been in our postage stamp sized shop in Annandale since 1999. Back then, we had little more than a table overflowing with flowers, a drawer to put the money in and a pair of scissors.

What we did have oodles of was a simple passion to create a special place for people to get the best and freshest flowers.

Since then, not much has changed. Except maybe the fact that there's not just one of us but a whole team loving what we do.

We're lucky working with the best nature has to offer. And having plenty of customers who tell us we're Sydney's best florist. Go on click here to see for yourself and take their word for it! 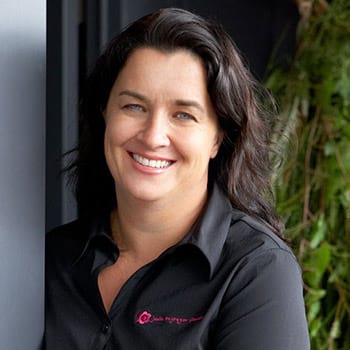 And even as a 5 year old she loved putting them together and making well, a big mess.

After studying, Jodie worked at internationally renowned florists here and overseas including Maurice the Florist, Caroline Dickenson and at The Savoy, London.

In 1999, Jodie launched Jodie McGregor Flowers hoping to have someone drop in and say hi. Selling a bunch was the target. In fact she sold out and had to replenish the next day.

Today, Jodie is regarded as a leader in the flower industry having won numerous business awards and appearing in many media features across television, radio, print and online.

When not doing the flower thing Jodie loves spending time with her family and friends, especially her three children, Pirra, Remi and Carter.

We love our customers. And our team of passionate professionals. Here's a little about them... 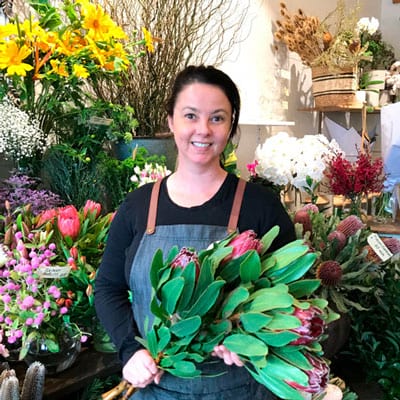 Stylish. Ari’s a mum, a stylist and a florist. All done with love!

Superstar. Grace is only young but is already a sensation after starting with us in early 2017. Grace will be a giant of the floristry industry. 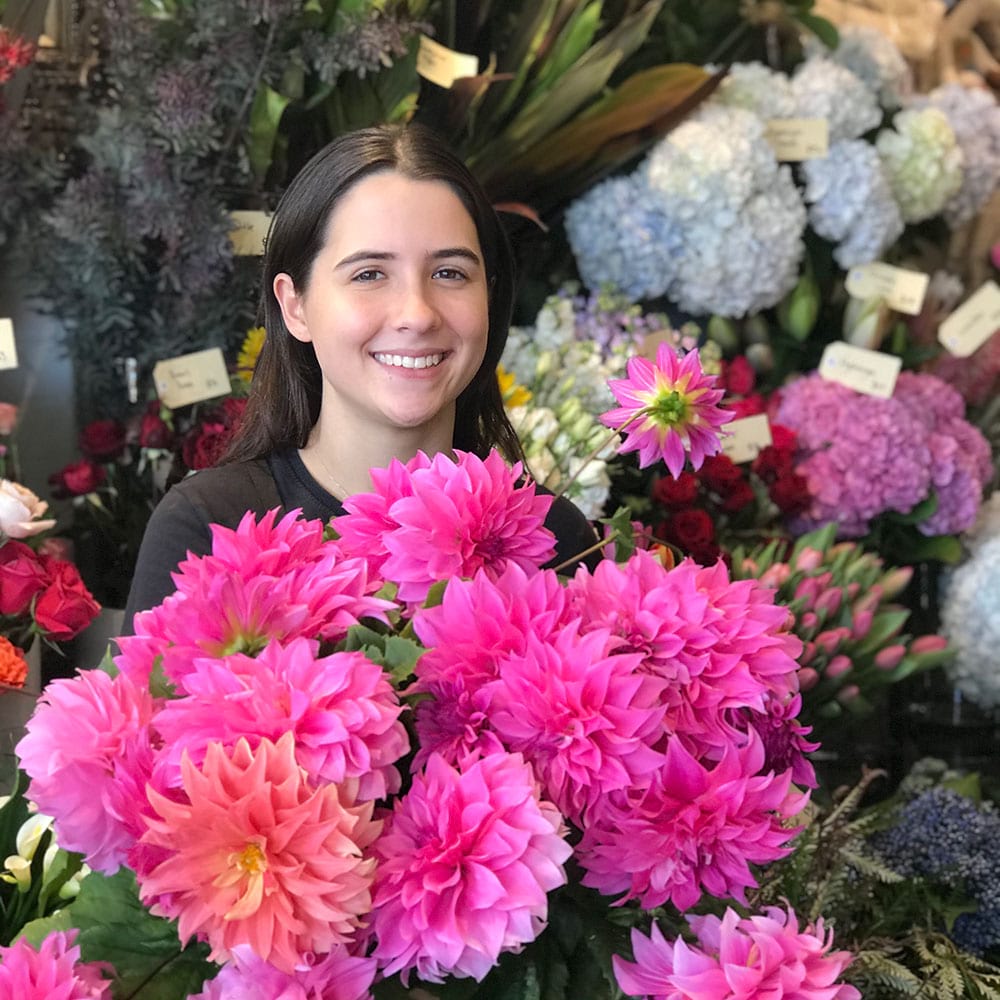 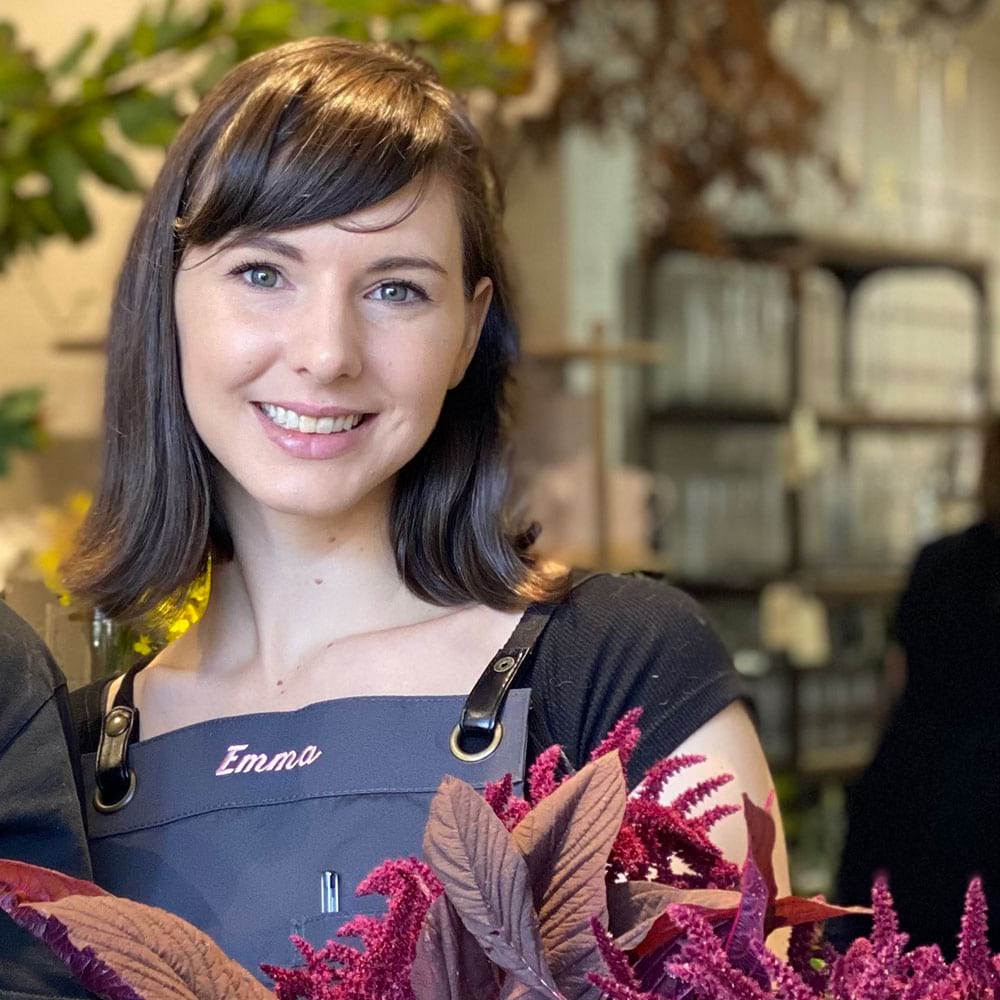 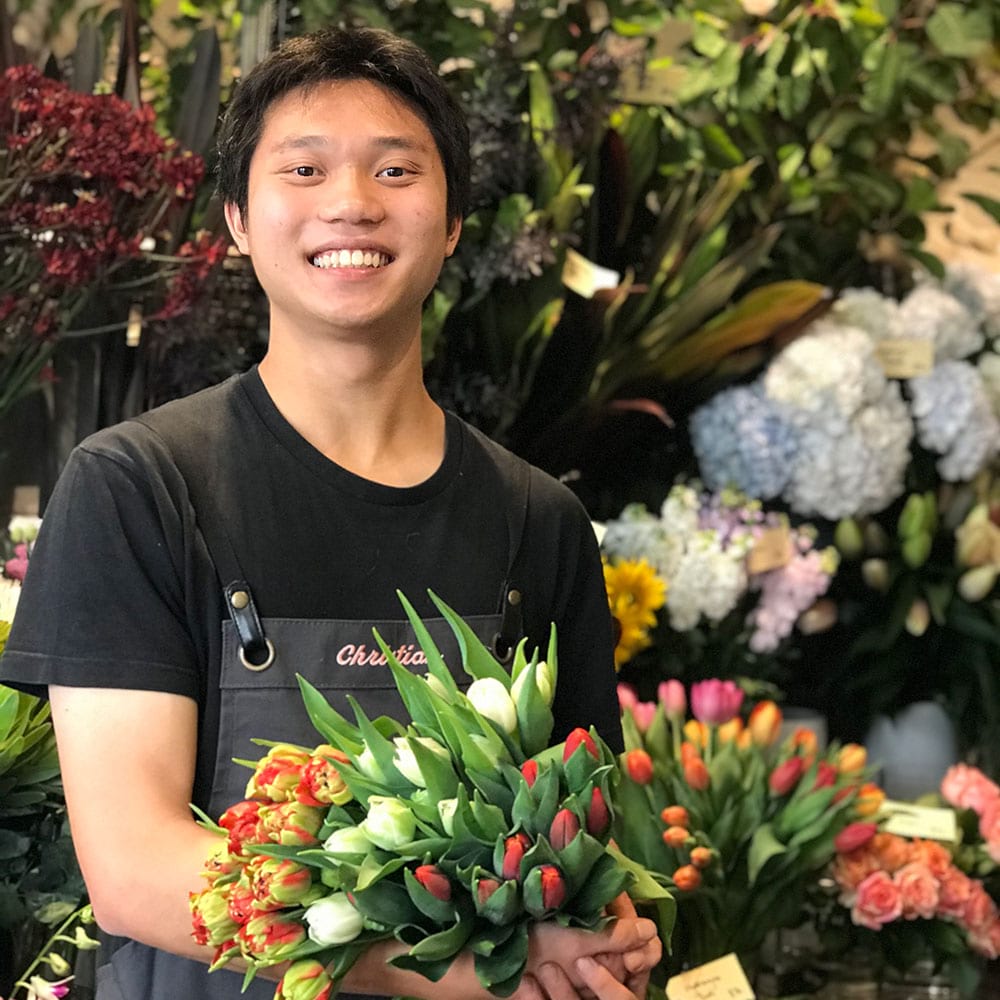 Clever. Onto his post-graduate economics degree but Christian grew up with flowers and can't get enough of them. His true love. 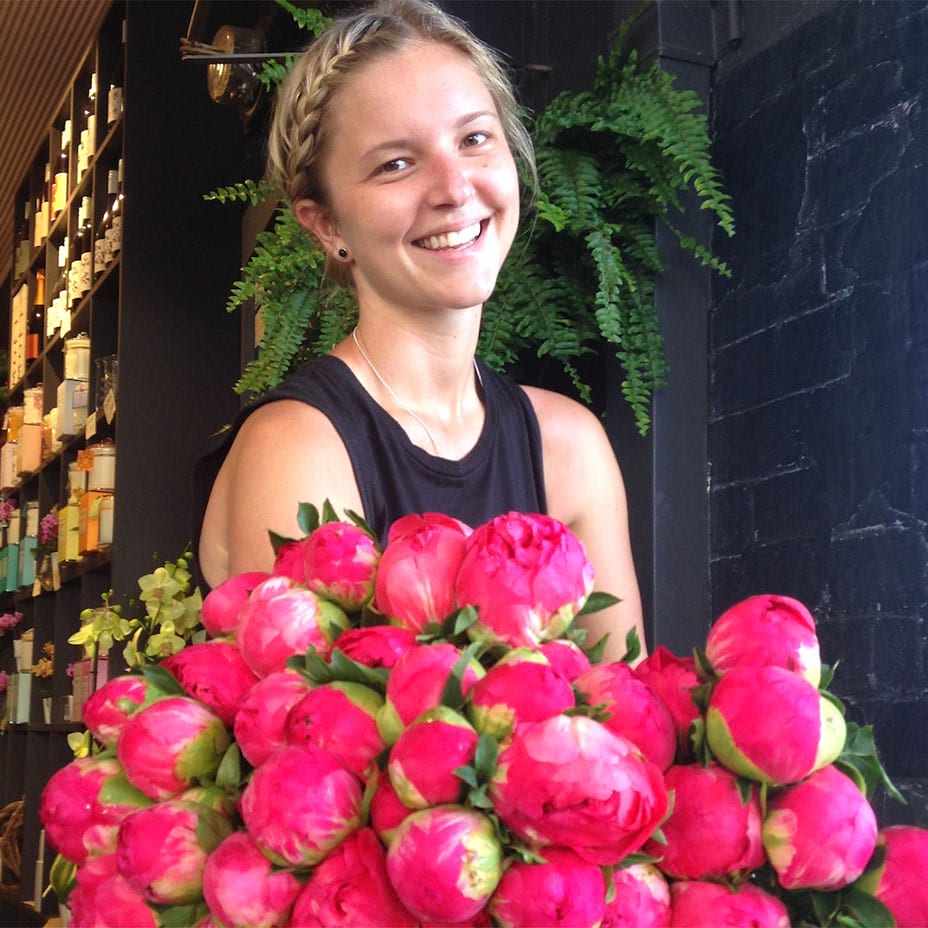 Legend. Has kids and lives a million miles away. So it’s a rare guest appearance these days. Which we treasure. 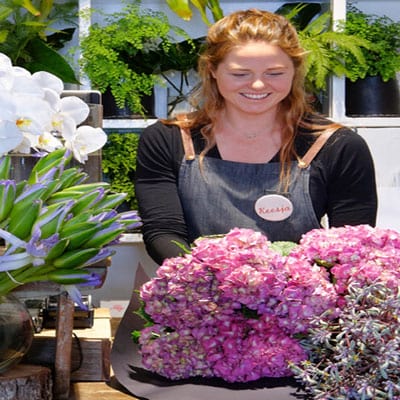 Talented. Started in the hectic Mother’s Day period and handled it with ease. Just what you’d expect from JMF’s first Olympian. Next stop the Flower Olympics. 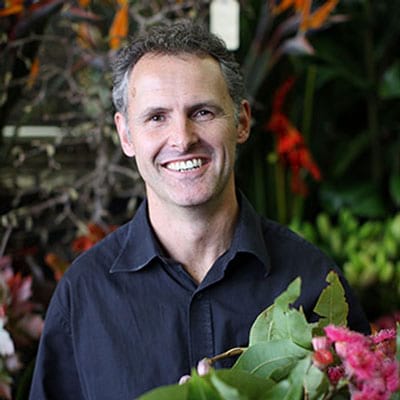 Smart. Well, at least he was when he convinced Jodie to marry him. Terrible with flowers. A (little) better at running a business. 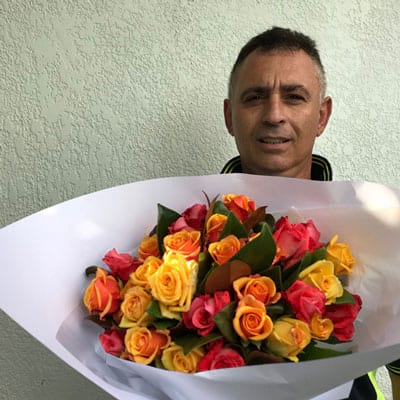 Resourceful. Our number 1 courier, Luke sure knows the quickest route from A to B. He loves nothing more than getting a big smile when delivering lush, fresh blooms.